Many people are spending a lot of time these days making sure their eyebrows are “on point”.

And this is no surprise, as first impressions are more important than ever, and having great brows can not only be a confidence booster, but it can help you look more put-together.

Brushes, makeup, tints, and creams can all help to achieve a fuller, more structured brow look.

However some peopleare opting for a more permanent solution.

Toronto eyebrow microblading treatments or eyebrow tattoos are often used to help people who have difficulty applying makeup, or who want to enhance their look due to hair loss from health conditions or cancer treatments.

Or maybe just to help enhance lighter or thinner brows without having to spend time on it daily.

Today we are going to take a look at these two procedures and how they differ from each other.

Microblading is a technique which enhances the thickness, definition, and shape of the eyebrows.

The esthetician uses a specialized hand-held tool to deposit pigment into the second layer of the skin.

This creates very fine strokes which mimic the appearance of natural hair.

What Is An Eyebrow Tattoo?

An eyebrow tattoo, on the other hand uses a traditional tattoo gun.

This makes it more difficult to make the lines natural looking, as a tattoo gun often results in thicker, flatter lines.

The one advantage is while microblading is only semi-permanent, and requires periodic touch-ups, an eyebrow tattoo – just like any other tattoo – is permanent.

Let’s take a look at some of the key differences between microblading and eyebrow tattoos.

If you have been considering getting either of these procedures done, this might help you to make your choice.

Tattoo ink can develop a green-blue tint over time as it fades, sometimes looking as though it has been drawn on with a marker.

This may make cover-ups or touch-ups difficult.

The pigment used in microblading does also fade over time, but is designed to fade to a lighter version of the original colour, which keeps it looking natural, even once faded.

Eyebrow tattoos are permanent – just like any other tattoo.

However as mentioned above, tattoo ink can change colour over time, leaving the results not looking as natural as you had hoped years down the line.

Microblading treatments generally require a touch-up once or twice a year, however this can be a good thing, as since looks and trends change, it allows a client to change their eyebrow shape or colour as trends evolve.

Let’s face it – tattoos can be painful, and for most people tattooing on a sensitive area like the face is going to be even more painful than less sensitive areas.

The pain from microblading, meanwhile, has been described as similar to scratching the skin or tweezing.

To reduce the pain, the area may be numbed prior to treatment using lidocaine making it even easier. But if you’ve ever had an eyebrow threading treatment, the pain is similar – and entirely bearable for most of us.

The “look” that microblading gives is much more natural than an eyebrow tattoo.

Tattoos can appear flat and “drawn on,” which is probably not the look you’re going for.

On the other hand, microblading uses a technique which creates strokes that match the growth-patterns of the clients’ natural brows. To even a close observer, it looks just like regular eyebrow hairs.

Do you want to update your look, and get amazing looking brows?

Whatever treatment you’re looking for, we certainly have something to suit you.

Our team of estheticians will help you to determine exactly the treatment to get the results you want.


Jiva Spa is a health and beauty spa, conveniently located in the heart of The Annex in Toronto. Specialising in anti-aging, acne, facials, aesthetics, and medi-spa services. Contact Jiva Spa. 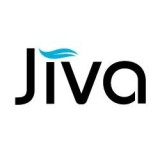 Neetu Thakar is an esthetician and co-owner of Jiva Spa, a Toronto health and beauty spa, along with her husband Kam. With a passion for health and beauty, Neetu has been in the spa business for as long as she can remember, and this passion shows through in her work at Jiva Spa. . In her spare time, Neetu enjoys cooking and spending time with her children. Discover more about Jiva Spa Toronto, and how you can benefit from its many services

Call us today to make your Face Mapping® appointment!

Get rid of the guess work when it comes to your skin care!

Come visit Jiva Spa and receive a free face mapping, which will help you understand your skin’s unique needs and what you can do to get the results you’re looking for!